Facing workers’ compensation fraud is a criminal charge that you can’t take lightly. It can lead to substantial jail time and penalty fees, which can be frustrating if the accusations are wrong.

So, what should you do if you face workers’ comp fraud charges?

You can read this article or consult a workers’ compensation attorney in Glendale for some helpful advice.

What Is Worker’s Compensation Fraud?

Workers’ compensation is a benefits system for employees who sustain work-related injuries or illnesses. It awards coverage for medical costs, lost wage or income, and job retraining if necessary. An employee only needs to file a claim and prove that their injury or illness is work-related.

Workers’ comp fraud happens if somebody fakes the benefits claiming process to claim or deny compensation. The California Insurance Code section 1871.4 states that you commit workers’ comp fraud if you do any of the following:

Fraud takes place if somebody makes a false statement to change the outcome of a claim.

For example, you say that an injury is work-related when it’s not. An employer can also become liable if they deny benefits to deserving workers. 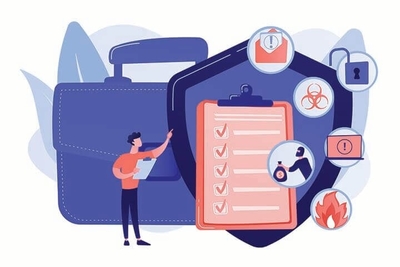 You are liable if you make a false statement to support a claim. A good example is when a health care provider writes a false medical report so an employee can get the benefits.

3. Knowingly Helping a Worker to Make a Fraudulent Claim

This point is quite similar to the one above, but it’s not limited to written or verbal statements. It may involve some steps for a worker to get the most out of a claim.

For instance, a health care provider asks for kickbacks to make a false medical report that proves higher medical expenses. This fraudulent step can help an employee receive higher compensation.

Another example is when an employer puts fake information in the claim form to increase the chances of being approved by the insurer.

Being convicted of workers’ compensation fraud can result in one to five years of jail time. You also need to pay up to $150,000 or double the amount of the released benefits, whichever is higher.

That’s why you must defend yourself against these charges, especially if the accusations against you are wrong.

In most cases, insurance providers file workers’ comp fraud charges to prove that an employee doesn’t deserve the released benefits. They may try to prove that particular medical treatment and costs are unnecessary.

For example, your physician may recommend some exercise routines to help you recover from an injury. However, an insurance adjuster may record a video to prove that you are doing some physical activities despite your injury. It can help them prove that you don’t deserve the benefits you receive.

That means the best way to protect yourself against workers’ comp fraud charges is to stay away from insurance adjusters. Instead, hire a workers’ compensation attorney to talk with these people.

Moreover, an experienced attorney will help prove that you haven’t committed workers’ comp fraud. They will thoroughly study your case and come up with the best defense.

Call a Glendale Workers’ Compensation Lawyer to Defend You

Workers’ compensation fraud is a critical case with significant penalties. You don’t want to face those consequences, especially if you have done nothing wrong.

Hiring a workers’ compensation attorney can help defend you against those charges.