Who Is at Fault in a Car-Pedestrian Accident?

Who do you think is at fault?

Most people assume that the driver is at fault because the pedestrian has the right of way.

However, it isn’t always correct because there are situations where the pedestrian can be the person who is at fault.

Read on to learn how.

How to Determine Fault in a Pedestrian-Car Accident 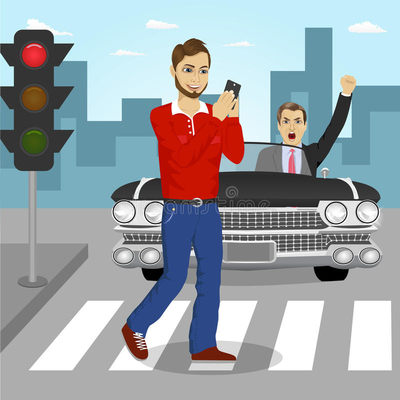 An example of an accident where the pedestrian was at fault is when the pedestrian suddenly dashes across the street. An auto accident occurs because the driver didn’t have the time or thought to avoid it.

A person who has seen the accident is the best person to determine who’s at fault.

But they won’t always be the decider.

It’s the juror or insurance adjuster who decides based on available information. It’s usually the driver’s and pedestrian’s stories, any applicable laws like speed limits, and perhaps an expert testimony.

The pedestrian usually recovers compensation from the driver or the driver’s insurance company if the driver is clearly at fault. They are first offered a low settlement amount for the injuries and harm sustained.
They will have to make a counteroffer.

Some everyday situations where the pedestrian will be at fault for the accident: 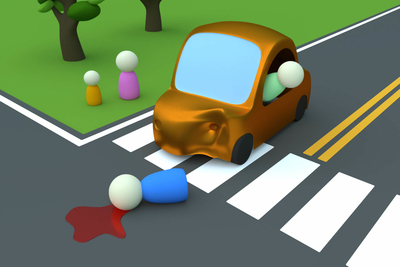 There are situations where both the driver and pedestrian may be partially at fault for the accident.

An example is where the pedestrian is at-fault for jaywalking. Besides, the driver may also be driving too fast or was distracted, and couldn’t stop in time.

Most states follow a form of comparative negligence rule when the injured person shares the fault for contributing or causing an accident.

The pure comparative negligence rule states that the injured person receives compensation from any other at-fault party. However, whatever compensation received will be reduced by a percentage equaling their share of the fault.

For example, imagine an intoxicated driver and a pedestrian who texts while crossing a ‘Walk’ signal.

According to the law, the injured person can collect compensation from anyone else at fault person as long as they bear 50% or less of the blame.

This is an old all or nothing rule still followed in some states like Alabama, Maryland, Virginia, and the District of Columbia.

According to the rule, you can’t collect damage in court from any at-fault party if you are even partly responsible for the accident.

Don’t worry if you are confused about these rules.
Your Glendale personal injury attorney will assist if you or your loved one were involved in a car-pedestrian accident.