Can I Get Workers’ Compensation If Injured Off the Clock?

You follow the same routine day in and out. Your typical day would involve:

It’s pretty much the same boring routine every day.

However, you never know when something unexpected, something out of the routine may happen.

Maybe you decided to buy a cake for your boss’s birthday, only to get hit by a car outside the bakery.

Or you may have something to say to your co-workers in the company badminton court after clocking out. But you end up slipping on the floor to sprain your ankle.

This is when you wonder if you are covered for worker compensation if injured off the clock. Here’s a rundown on what happens if you get injured after clocking out.

What Is Employer Liability?

Workers’ compensation covers most work-related injuries and illnesses. You stand to receive 100% compensation for your medical treatment costs, lost work pay, and even vocational assistance for the damage.

However, the problem is that ‘work-related is a tricky phrase with different implications in different states.

For example, workers’ compensation coverage doesn’t start until you arrive at the workplace in some states. It ends once you leave the office at the end of the day.
This means accidents during lunch breaks and daily commutes may not qualify for compensation.

But as laws differ in each state, it’s an experienced workers compensation attorney in Glendale who can help figure out if you are covered or not.

Some Exceptions to the Rule

There are a few exceptions to work injuries that occur when you are off the clock. Even if you weren’t at the office, there are some situations where you should receive compensation.

These exceptions include injuries or damages:

1. In Parking Lots and Sidewalks 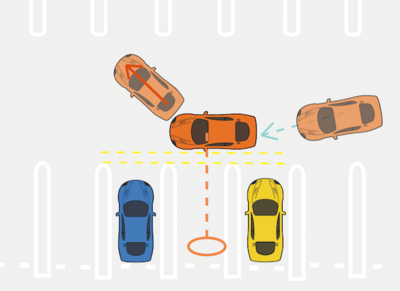 Sometimes workers’ compensation starts when you step into your employer’s premises and not when you punch in. It means areas like parking lots, sidewalks, and grassy areas in your employer’s control are an extension of your workplace.

So you qualify for workers’ compensation if you get injured in any of these areas.

2. While Doing Something Benefiting Your Employer

You can claim workers’ compensation if you get injured while performing a duty that benefits them. Suppose you attend a dinner with a new client, and a car runs light to crash into your vehicle on your way home.

In this case, you qualify for workers comp as you were last performing a task that benefited your employer.

However, there are again some exceptions to this clause.

Workers’ compensation will not cover any injuries because you had a drink or two and got a DUI conviction.

Even though you had the dinner on your employer’s instructions, drinking isn’t part of it. It’s your misconduct that leads to a DUI conviction and your fault alone.

Sometimes your boss may send you on an errand, like buying a cup of coffee and sandwich while returning from lunch break. You, unfortunately, end up spilling the boiling hot coffee on your lap while driving back to the office.

As this is an extra errand for your boss, you qualify to receive workers’ compensation for the severe burns.

Suppose your work starts at 9 am and ends at 6m, and you clock in and out at these times every day.

However, your work doesn’t end after clocking out; and you slip and fall while getting out of the elevator.

In this case, as you were working on your boss’s direction after clocking out, you deserve compensation for your injuries.

In short, whether you stand to receive workers’ compensation after clocking out depends mainly on the state’s situation and laws.

So it’s better to hire a Glendale workers compensation lawyer to help you make a claim. They know the state laws and prove why and how you should receive compensation for a workplace injury.